Can you ‘decide’ to write a bestseller? Here are some thoughts on deciding what to write

What You Should Be Writing 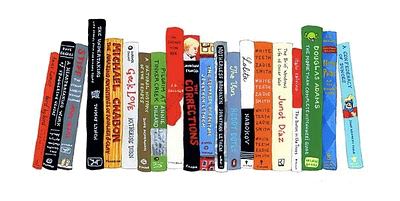 Irecently noticed some discussion on the forums from users who want the blog to provide more advice on the sort of books that you should be writing. I thought about replying directly but felt a blog post would be more fitting and would reach a wider audience.
Some comments expressed the desire for inside information regarding our predictions for future trends and successes, so that you could write books with those themes. The truth is that, while we know dystopian fiction is big now, for example, we don’t know what will come along next. Even if I knew that, say, space westerns were going to be the next big thing, I wouldn’t recommend that you go write one.
Trends usually emerge because a good writer has an original idea and executes it well. Often, what follows are poor imitations. Successful books are such because the author has followed these principles:
A book written in imitation of another’s success, or even because the author believes it will be more successful than what they would otherwise have written, will almost always be a flop. However, you should be encouraged by successes in the genres in which you write. If you write fantasy or romance, that’s great, they’re areas of real growth at the moment. Yet, don’t try to write Game of Thrones in disguise. Recent successes in fantasy, such as Mark Lawrence and Joe Abercrombie are markedly different to Martin, but they have benefited from a growing fantasy audience.
You can see what’s selling well simply by looking at bestseller charts and reading industry news. It’s good be informed. But when you write, shut out the world (and the publishing industry), forget your insecurities, and write a book that only youcould write, in your voice.
I’ve deliberately kept my writing advice on the blog general because I want your writing to be genuine. You may well think, “Well it’s all very well holding to high ideals but I want to write a book that sells.” The fact is – that is how to write a book that sells.

The part that’s hardest is when I start thinking about the stuff beyond the scope of the actual work, because there’s an aspect of being a writer that feels constantly like being in Junior High.
Will I ever publish a story in the New Yorker? Probably not.
Will the cool po-mo hipster guys ever think I’m cool too? In a pig’s eye.
Will I ever please that Amazon reviewer who found my work boring and depressing, and my characters unlikable? Highly doubtful.
It’s very hard — weirdly hard — to clear your mind of all that crap so that you can just sit down and write and find that place where you’re just involved and enjoying the imaginary place you’ve discovered.

– Dan Chaon on the things he’s had to unlearn as a writer, in an interview with Fictionaut

As writers, you should understand why the books that sell well do so. Read them and absorb them. Let them inform your writing in the same way that all you read does. The writer’s subconscious is a melting pot of all they’ve read and experienced but they must craft their own mold.
From: http://bit.ly/whatyoushouldbewriting