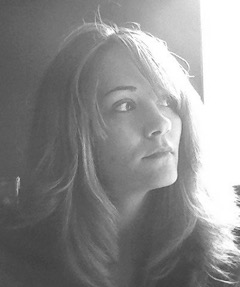 I connected with guest blogger Randi Lee recently in a Facebook group for authors and this guest post about how she has seen sales climb when she uses social media images is a result of our conversation there. In addition to being an author and blogger, Randi is a freelance writer, editor, and designer living in New England with her family and two much-loved dogs. She recently released her debut novel, Affected

, and is currently working on its sequel,Ascendance. Randi loves sharing tips and supporting fellow authors, often posting helpful advice and author spotlights on her website.  Affected

, her action-packed dystopian thriller, is available at Amazon, Barnes & Noble, Kobo, and iTunes.

Recently on this site, Sandra Beckwith discussed the importance of using social media images in  your book marketing campaign. She informed us that tweets with images receive 150 percent more retweets—that’s how powerful they are!

I’m visiting Build Book Buzz today as a success story, showing proof of this strategy. I’m here to show you how a visual addition to your campaign can have an amazing impact, leading to increased sales, exposure, and recognition—almost instantly.

During the months of July and August, my sales for Affected

And here’s the September 3 ranking: 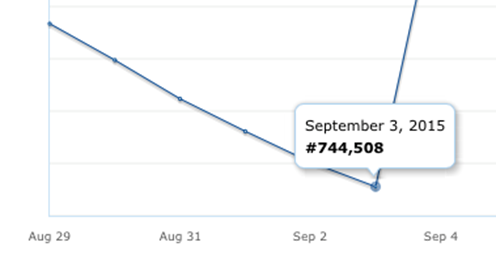 My small publisher requires authors to do their own marketing. If my book sales for Affected were going to increase, it was up to me to make that happen. In an effort to raise sales even slightly, I decided to post daily “image-teasers” for the book—images with book quotes and facts—on my Facebook, Twitter, and blog accounts. My first teaser went up on September 1.

Each day, I spent five to 10 minutes creating and posting one of these teasers. I used the opportunity to spotlight different themes, characters, and plot elements from the book.

This is an example of one of the first “image-teasers” I released: 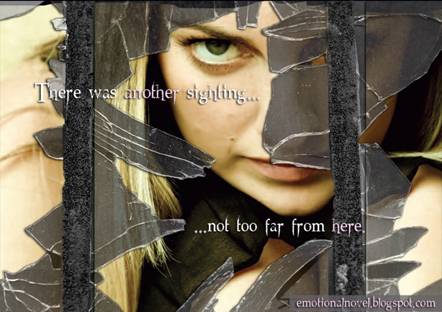 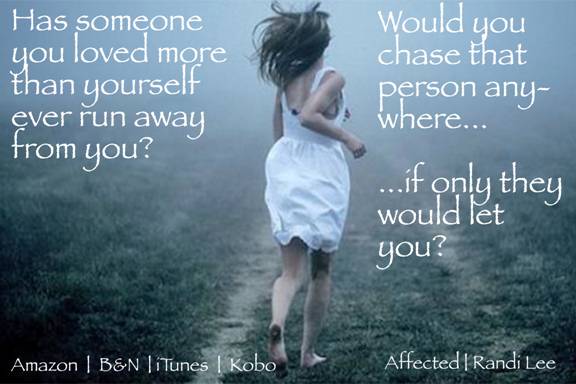 I began doing this on September 1. Two days later, a new trend in my rankings emerged. Here’s the September 4 ranking: 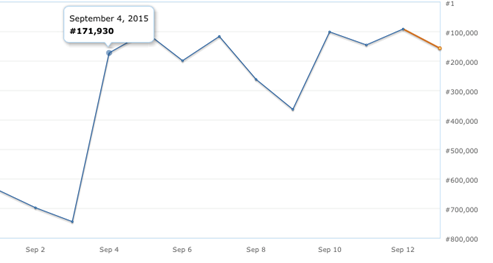 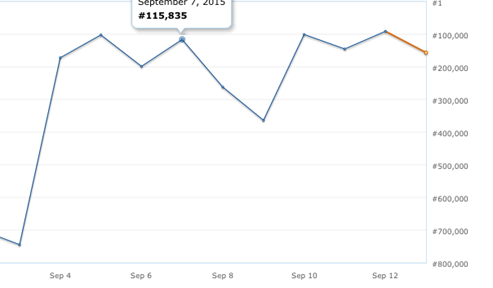 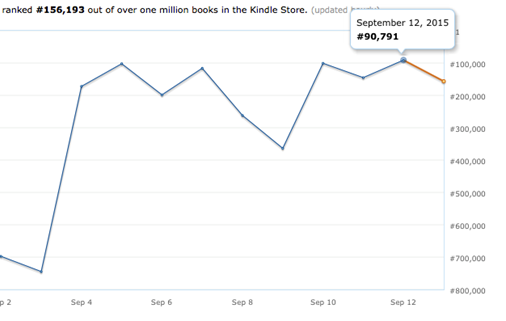 As you can see, my sales rank exponentially increased once I introduced a visual “kick” to my social media campaign. Sales skyrocketed and remained consistent—for only five to 10 minutes of work per day!

My sales rank wasn’t the only thing positively affected by my image-teasers, though. The media took notice of my efforts and I now have a live television interview scheduled with the local news to discuss my book and marketing strategy. I’ve also been contacted by a radio station for an early October interview.

The why and how of images in book marketing 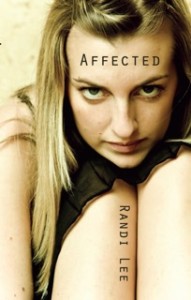 Readers actively respond to visual stimulants. It helps them see your book’s world more clearly and allows your words to resonate with them on a new and engaging level.

Putting an image-teaser together is quite simple (get the instructions on this site here). This small amount of effort can lead to big results: Affected

has also been named a top 50 e-book in three categories on Kobo’s website.

Add image-teasers to your social media marketing campaign today. For a small daily investment of nothing more than time, the results are well worth it.

What book promotion tactics are working for you? What’s helping you get traction?