Over the past 10 years, publishing has evolved into a very profitable business with the 5 biggest publishers reporting a profit margin of 10%. And according to Author Earnings, in 2015, self-published authors had taken 33% of the ebook market. However the tables were turned in 2016, when self-published authors lost a little bit of their grip on the ebook market not to mention several major publishing companies actually reporting losses. So now it’s more important than ever that we indie authors spend our time and money where it matters most.

Things will only continue to change as the market ebbs and flows and we indie authors need to be able to adapt no matter the disruptions to the market. What worked in 2007, won’t necessarily fly in 2017, so I compiled a list of just a few of the things that used to be marketing truths but are now myths.

The old advice on social media was to post a nice text quote along with a photo and it worked pretty well. Now the advice is to write your quote directly on the image itself because when you share a post sometimes the original text gets lost or relegated to tiny font at the bottom. 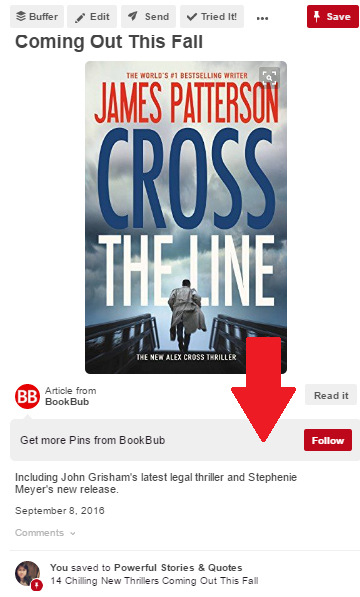 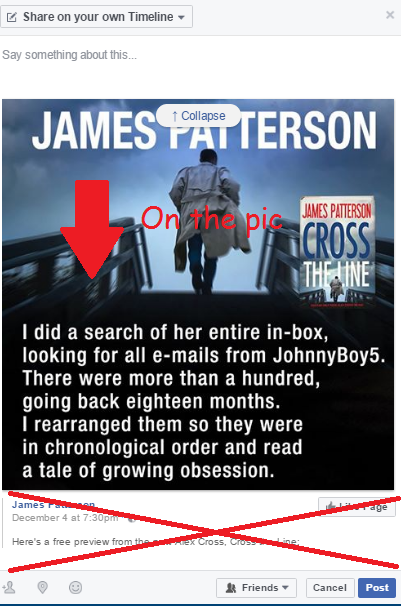 Back in the day, banner ads were the way to get your product noticed but now with ad blockers, nobody even sees them anymore. Today, the click through rate of a banner ad is around 0.1% down from 50% in 2000. Sadly places like Goodreads, offer banner ads in their expensive marketing package which can cost anywhere between $6,000 and up. However most indie authors agree that the best places to advertise books are in discount newsletters like; BookBub, Bargain Booksy and Free Kindle Books & Tips.

A few years ago the advice was to lower your price as much as humanly possible which is what tons of indie authors did. As you have already guessed, this doesn’t work anymore, the new advice is to try price pulsing. That’s where you lower your price for a limited time and then set it back to a more reasonable one. The feelings are mixed, many say you have to promote the lower prices but if you’re selling a book at 99 cents, promotion may not be wise if you’re on a low budget or just low on time.

This means anything shady like buying reviews or even buying your own book in bulk. It’s one of the oldest tricks in the marketing business but with technology most people can easily spot a fake. Not long ago, U.S. President Donald Trump was busted buying his own books during his campaign. Also, several Christian ministers were found to have contracted a service that promises to help authors get on the bestsellers list by buying large quantities of the author’s book. They might have gotten away with it too if they hadn’t used money from their own congregation to do it.

Same goes with social media, a few celebrities were busted buying fans a few years back and were exposed by a major media outlet. To make a long story short, your money is better spent advertising or hiring a good book publicist.

You Need To Be Everywhere on Social Media

It’s old advice that’s still being repeated and it’s just not true and never really was. Your goal on social media is to build a community which means conversations and engagement. You can’t do that everywhere because you only have 24 hours in any given day. So it would be wise to just pick one or a few social media sites where your audience is going to be and set up shop there. If your book is for young adults try sites like; Snap Chat, Instagram or Tumblr, and if it’s adults you’re targeting, try Facebook, Twitter and Youtube.

For those business owners who are too lazy to build their own email lists there are services who are more than willing to sell you email addresses. Sadly, these people aren’t interested in your book and sending unsolicited emails goes against the CAN-SPAM Act which can result in a fine of $16,000. Also, it’ll get you banned from email marketing services like Mail Chimp or AWeber. As if that weren’t bad enough, according to law enforcement and online security firms, the average spam campaign is often a front for organized crime which is why most email filters send these emails straight to the trash bin.

I would be remiss if I didn’t address the few books out there that list so called promotional groups on Facebook and Goodreads. I’ve personally tested them and found them to be a complete waste of time. If you look closely at these groups, you’ll discover that they’re nothing but spam pages with author after author dropping links and yelling “Buy my book!” This is pointless unless, your book is for authors who desperately need to learn about marketing books. ?

So What Does Work?

Write a book people want to read
Edit professionally
Get a nice (industry standard) book cover
Start building your platform.
Invest in your education: Take courses and read books on marketing, publishing and editing.
Join a network of professional authors, there are Facebook and LinkedIn groups as well as websites like The Alliance of Independent Authors (ALLi) who help educate and support self-published authors.

There will be more changes on the horizon in 2017, that’s inevitable but that doesn’t have to be a scary thing. Instead of seeing self-publishing as a disadvantage see it for the opportunity that it really is. As more and more indie success stories become common place, it will light the fire in some of us to go beyond what we’ve ever imagined. So until next time, here’s to a creative and profitable 2017 to indie authors everywhere!