How to Use BookBub to Get on The Amazon Bestsellers List

How to Use BookBub to Get on The Amazon Bestsellers List I nearly died of excitement. Not only did it mean 60K people were willing to take a chance on my book, but it meant exposure, sales and several other big wins for a tiny little author like me.

How’d I do it? It took blood, sweat, tears and a little luck.

A look into my marketing strategy

To understand my marketing strategy, we have to rewind about a year.

Around March 2016, I decided to make the first book in my series, Fire in Frost, permafree.

Permafree is a term that simply means the book is always free or “permanently free.”

Though I don’t make any money on downloads of book one, the idea is to capture readers’ attention so they’ll hopefully buy the next books in the series. At that time, I had the first and second books out, and the third was almost ready.

Fast-forward to December 2016. I submitted my free book to BookBub for consideration, and I couldn’t believe it when I got the email saying they accepted my book for a feature and were planning to run my ad on January 4, 2017. This was the tenth time I’d submitted to them for that same book. (And you can only apply once a month.)

If you’re not familiar with BookBub, it’s the holy grail of ads for fiction authors.

BookBub is what made all the difference in this promotion. If you hang out with other writers long enough, you’ll discover that BookBub is THE place to advertise your books if you can.

How it works is that BookBub sends out newsletters to thousands of readers each day. You pay to get your book featured in their newsletters. The price varies depending on the price point of your book and which newsletter you want to be featured in.

They’re willing to consider permanently free books, but in general, they’re looking for book deals that are deeply discounted.

How to get a BookBub feature

While BookBub is incredibly effective for authors, it is extremely hard to get your book accepted.

That said, there are a couple of things you can do to increase your odds of having them feature your book. Here are just my suggestions:

How to leverage a BookBub ad

After paying for the ad, I knew I needed to devise a game plan.

I wanted to make the most out of this feature as I could. I applied to multiple other ad sites and newsletter services and got accepted to most of them. I planned to run ads that whole week so that it would help boost my Amazon rankings. Most of the ads ended up running on Monday or Tuesday, and the BookBub feature ran on Wednesday. Here’s how my investment broke down:

*BookBub ad prices vary depending on your category and price point. I ran my ad for a free book in the Teen & Young Adult category.

When all was said and done, I spent $295.87 to get my freebie out to as many people as possible. These promos catapulted my free book from around #2,000 in the free Amazon Kindle store to #7 in the entire store. I hit #1 of all free teen books on Kindle. That high Amazon ranking further increased my exposure and kept the series selling really well the entire month (and sales are still coming in!). Overall in January, I had 33,485 downloads on the Amazon US site, 8,491 downloads on Amazon’s international sites, and 18,325 downloads between Apple, Barnes & Noble, and Kobo.

What did I get out of this?

Profit: You might be wondering why I would do all this just for a free book. After all, I’m not making any money off it, right? Well, that’d be the case if I only had the one book. By reaching readers with the first book, sales of the second, third, and fourth books also spiked. By the end of the promo week, I’d already made my money back and more from sales of my other books.

Reviews: After running the promo, my reviews spiked. I’ve received well over 50 more reviews on book one on Amazon, and I’ve now exceeded over 1,000 reviews of the series on Goodreads. All this translates into even more exposure.

Bestseller Status: Toward the end of the month, I decided to run a quick $0.99 sale on books two, three, and four. Since the sales boost from this promo had already increased my ranking, this extra sale helped push my books to #1 in their Amazon categories. I also made the top 100 author list for teens. Granted, it’s no New York Times bestseller, and I won’t be bragging about being an Amazon bestseller on my book covers or anything, but it was a personal goal of mine that I was happy to hit.

Have you ever considered giving BookBub a try? Let us know in the comments below. 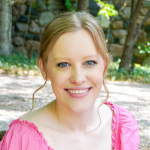 About the Author: Alicia Rades

Alicia Rades is a professional writer and blogger by day and a fiction author by night.