How to Make Actual Money as a Travel Writer 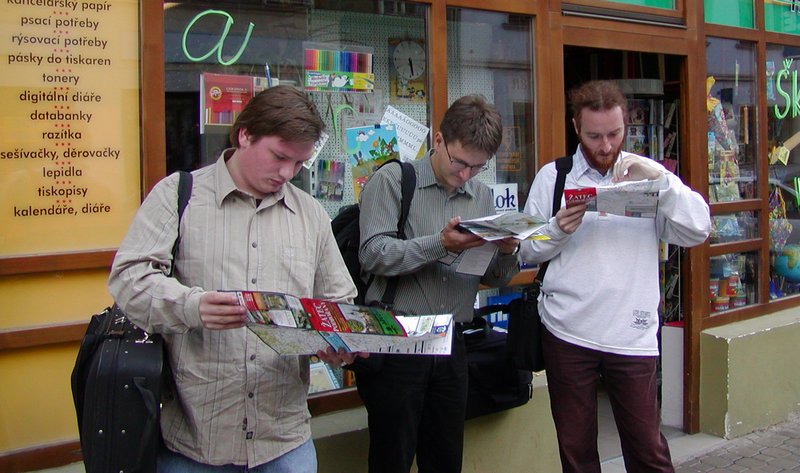 How to Make Actual Money as a Travel Writer

As a travel writer, I’ve been paid to scuba dive with thresher sharks, learn to free dive, drink in some of the world’s best bars, eat in elite restaurants, and explore archaeological sites.

Clearly, it’s a fun job, and almost every experience I write about has an intrinsic value of its own. But unfortunately, I can’t pay my son’s school fees with shark dives.

For all but the upper echelon of travel writers, the days when publications paid expenses and commissioned thousands of words at a dollar a word are gone. Not surprisingly, one of the most common complaints I hear from new travel writers is that while the work is fun and the freebies are great, it’s almost impossible to make any money.

So what’s the solution? Since I’m not holding out hope for rates to rise anytime soon, I’ve found that one of the best methods is stacking assignments.

Stacking assignments is the fine art of spinning out multiple stories from a single working journey, rather than taking trips for one story at a time. It’s a simple trick, but executing it—especially for those new to travel writing—can be harder than you’d think. And it starts before you leave on your next assignment.

Set yourself up to break even

Before incurring the expense of a travel writing trip, it’s key to have assignments—emphasis on plural—ready before you leave.

“You’ve got to have a few stories commissioned before you go,” said travel writer and Lonely Planet author Tim Richards, who blogs at Aerohaveno.com. “If you want to get assistance from local tourism authorities, you’ll need the stories [ahead of time], but you also know you’re not wasting your time.”

It’s essential to have anchor assignments, or stories that cover your travel costs (also bear in mind you still have bills to pay at home). In other words, set the trip up so you—at the very least—break even.

Anchor assignments can also help structure your trip and secure support that reduces costs. After all, assistance from local tourism boards, hotels, restaurants, and similar institutions—which may cover costs in exchange for stories—is sometimes a necessity for travel writers covering expensive destinations. To get the best deals, it’s worth being selective about your anchor assignment.

“For me, the anchor tends to be more about the publication than whether it’s a guide, a narrative, or a feature,” said David Whitley, who writes for the Mail on Sunday and Sunday Times Travel. “It’s easier to get help with a big name publication.”

A handful of writers use hotel reviews as their anchor assignments. Hosted hotel reviews for paying publications satisfy the dual function of slashing costs and generating some income. Let this serve as a base as you research other stories.

When stacking assignments, expect to place stories in three waves.

While preliminary research should yield anchor assignments, secondary stories will likely crystallize once you’re at the destination, to be sold in a second wave of pitching during or immediately after the trip. Some time later, long-tail pitches kick in. Maybe a destination you’ve visited becomes topical, a new airline route opens up, or an editor puts out a call for stories from the place you recently visited.

To maximize the return of the second and third waves, it makes sense to extend a journey to boost the amount of stories you can stack, whether they’re from your original destination or areas nearby.

Richards makes sure to extend journeys that are already set up, be they guidebook commissions or press trips, and uses the extra time to write more.

“When I’m doing guidebook work I’ll always be looking out for newspaper stories,” he said. “While I’m on a Lonely Planet job, I’ll also always tag on a few more countries. Say I’m going to Europe anyway, and I know the job will take five weeks. I’ll add on three weeks and get a few more stories out of that.”

For those of us who aren’t guidebook writers or hotel reviewers, generalist stories—such as city guides or destination guides for travel publications—can be an easy base to start stacking from.

“Really generalist stuff is brilliant because you can just bang that out for the rest of your life,” said travel writer Nikki Bayley. “You can keep repeating that information to a million different markets.”

Throughout the process, keep in mind that stacking is impossible without research. Richards, Bayley, and Whitley return to some destinations again and again, and research places—not matter how familiar—extensively before they go.

Your research has to go much further than just the location—you also have to research publications and other clients that would be willing to pay you.

“You have to be alert and agile,” Richards said. “You always have to be thinking, Who could I write for? Who would this suit?”

Before you commit to anything, see what topics your potential publications—be they inflight magazines, local or national media, or specialist travel press—have already covered in the area.

Keep an eye out for topical news hooks that could make a destination more relevant over the next few months. Be it the Rio Olympics, the G20 conference at Hangzhou, the U.S. National Parks’ 100-year anniversary, or simply a new airline route opening up, a strong news hook can make a destination much more relevant. Be sure to also carefully read publications you already work for to see if there’s a slot that’s waiting to be filled—perhaps a local interview or listicle, for example.

Writing for a range of publications is crucial when stacking assignments. Whitley, for example, writes for 25 to 30 publications in a typical year.

“If you go into a city, the obvious thing to do is try and pitch a story about the whole city. That’s the last thing I’d do,” Richards said. “I’ll try and dissect that city into lots of different topics and trends and themes.”

Bayley has built up an expertise in food and spirits, and writes for specialist publications within those niches. A brewery that made beer from iceberg water might have made up only two lines of the destination guide she used as an anchor commission, but it also yielded 1,000 words for Vice’s Munchies, as well as a separate story on iceberg vodka for spirits specialist Difford’s Guide.

“I don’t see that as cannibalization,” she said. “Just two [additional] stories coming from the same source.”

Richards points out that travel content doesn’t need to be limited to travel titles or newspaper travel sections.

“Besides writing for the Traveller section of Fairfax Media, I’ve written travel for the culture section of Executive Style and Good Food,” he said. “I write travel all the time, but some of the places I write for are culture publications or food publications, not travel.”

Writing about the same topic for publications in different geographic locations—be they local, national, or regional—can also help diversify output. As Whitley explained, “If I’m going to a region of Western Australia, I can possibly sell a broader destination narrative feature to the UAE; an area guide in the UK; and a niche, drilled-down piece focusing on a place the rest of the world wouldn’t care about in Australia.”

Making money writing about travel isn’t easy. Nor, for most of us, is it especially glamorous. You won’t see Pico Iyer or Jan Morris scavenging for front-of-book pieces or picking up a quick and dirty listicle, let alone sitting in a windowless hotel room grappling with last-minute edits on an article filed months ago.